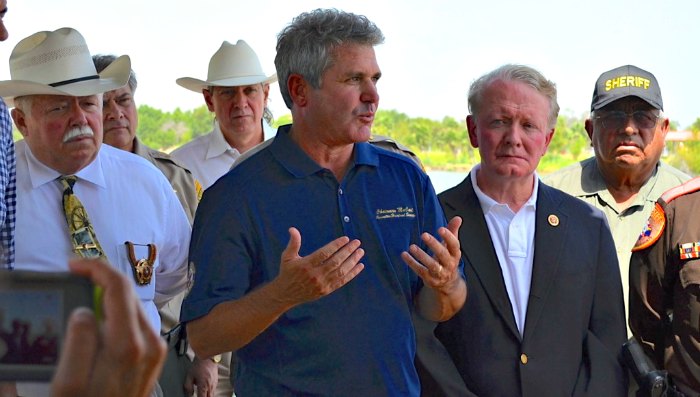 DALLAS – Joining the ranks of a number of notable academic, religious, business and public servant leaders, U.S. Representative Michael McCaul has been selected as the recipient of the 2014 Jesuit Dallas Distinguished Alumnus Award. Representing Texas’s 10th congressional district since 2005, McCaul’s esteemed career as an elected official has reflected a life of service while espousing the ideals prescribed in his Jesuit education.

As a Jesuit student, Congressman McCaul was a three-sport athlete, captain of the wrestling team and a member of the National Honor Society. Graduating from Trinity University (Texas) with a Bachelor of Arts in business and history, he also earned a Juris Doctor from St. Mary’s University School of Law while graduating from the Kennedy School of Government at Harvard University.

Before embarking on a long and successful career in politics, McCaul worked as an attorney and federal prosecutor, including a five-year stint as Deputy Attorney General in the Texas Attorney General’s Office. Beginning with his first term representing Texas in the United States Congress, McCaul’s impact on civic issues was immediate. In 2005, he was named vice chairman of the U.S.-Mexico Parliamentary Group while also serving as founder of the Congressional Childhood Cancer Caucus. During that same year, McCaul founded the Congressional High Tech Caucus, which focuses on STEM-related education and opportunities to motivate the next generation of students in pursuing degrees in science and engineering.

McCaul, who was honored by the St. Mary’s School of Law as its 2009 distinguished graduate, has been a recipient of the U.S. Chamber of Commerce’s Spirit of Enterprise Award each year he has served. On Jan. 3, 2013, the beginning of the 113th Congress, Rep. McCaul became Chairman of the House Committee on Homeland Security.

On Friday, Oct. 24 at 8:45 a.m. in the Terry Center, McCaul will be presented with the award at the annual Distinguished Alumni Prayer Service before addressing the Jesuit Dallas student body. The Distinguished Alumnus Award is presented annually by the Jesuit Alumni Association to an alumnus whose life exemplifies in an exceptional way the religious, academic, family and social values set before him during his years as a Jesuit student and whose outstanding qualities in spiritual and civic leadership have won for him the respect, confidence and affection of his colleagues and the community.