Jesuit College Preparatory School of Dallas does not tolerate sexual abuse, sexual activity, hazing or bullying, whether perpetrated by adults or students. The School takes its role of partnering with parents very seriously, and as such, is vitally concerned about the safety and well-being of our students, as well as the protection of the faculty, staff and guests who participate in the many activities that we sponsor.

Jesuit Dallas is a member of the Jesuit Central and Southern Province of the Society of Jesus. If you believe that you, or someone you know has been abused by a Jesuit, you are urged to contact the police as well as report to the Province Coordinator of Pastoral Support and Outreach, Carol Zarinelli Brescia, MSW, LCSW (314-915-7168; ucsoutreach@jesuits.org).

Please direct all other concerns pertaining to the safety of our community to the Office of the President (972-387-8700 x324). If you wish to speak to someone outside the Office of the President, you may reach out to Lee Taft at lee@taftsolutions.com or 214-384-6624. Mr. Taft’s sole role is to receive information and communicate the information he receives to the School. Mr. Taft will not offer any legal advice and he has no investigative authority or responsibility. He will report what he learns to the School. The School will ensure that reports are made to the Dallas Police Department, CPS, the Jesuits Central and Southern Province, and/or the Diocese of Dallas, depending on the facts.

Recently, an agreement was reached with nine of the men who filed lawsuits describing sexual abuse they experienced over 35 years ago when they were students at our school. In reaching this agreement, we have been guided by a desire to find a solution that best reflects the values central to our school’s mission. Focusing on our shared values led us to seek a path toward reconciliation and away from an adjudicatory process.

This has not been an easy journey for these men, or for us. You will recall that in December 2018 the Jesuits’ Central and Southern Province released a list of Jesuits and former Jesuits against whom there were credible allegations of sexual abuse of minors. In January 2019 the Dallas Diocese released its own list of priests who were credibly accused of having inflicted abuse on minors. These lists included some priests who taught at Jesuit Dallas decades ago.

While none of us wanted to believe that any of the priests at our school could inflict such heinous injury, the fact is, a few did. This letter’s purpose is not to recount the painful details of the abuse, but rather to acknowledge that abuse occurred.

I have spoken with each of these men. I listened as they told me what happened. I heard how their lives have been affected and their futures altered. The priests identified by these men as their perpetrators are Fr. Dickerson, Fr. Koch, Fr. Smylie, Fr. Malatesta, and Fr. Callery. Three of these priests are deceased, one has been expelled from the priesthood, and Fr. Callery denies the allegations against him.

After listening to these men, I believe them. I have communicated to each of them my sorrow, my own spirit of disconsolation, and an apology.

None of these men seeks vengeance. Their foremost desire has been assurance that protocols and procedures are in place so that what happened long ago could never happen again. I have assured them, and I assure each of you, that Jesuit Dallas has had no other credible reports of sexual abuse of any kind involving an adult abusing a minor in decades, other than those lawsuits filed since 2019 which involve allegations from more than 35 years ago. We have a safe environment zero tolerance policy. We provide, and will continue to provide, a safe environment for every student, which includes electronic and on-site security and on-going education for every member of our community – students, faculty, staff, and parents – about the reality of sexual abuse and how to prevent it, identify it, and safely report it.

Had we pursued litigation and engaged in an adjudicatory process, we could have asserted various legal defenses, including the statute of limitations; however, such an approach would not, in my view, have been aligned with our school’s values or have achieved reconciliation.

These nine men have taught me how much resolve is required to come forward, even for men who hold power, position, and prestige in the world. While I hope all those who were harmed have come forward, an invitation to follow this path of reconciliation remains open to anyone who sincerely seeks it. The school and I are committed to healing, restoration, and reconciliation whenever possible and to making reporting long-ago abuse less difficult for others.

There is a temptation to turn the page on this chapter in our history. Yet to turn the page would, for me, dishonor these men, their stories, and their courage in coming forward as they have. And so rather than turning away from our past, we will memorialize it by creating a special space in our chapel where our community may pray for all people who have been abused by priests or anyone in religious authority.

We live in a time where we are confronting anew painful facts about our country, our fellow citizens, and our Church.  Silence and obscuration are not options in a school that values both faith and reason.  In coming forward, these men have exemplified our school’s motto of being “men for others.” For that, I am forever grateful. Because yesterday we were apart, and today we are reunited.

The Diocese of Dallas has released its list of clergy who were credibly accused of sexual abuse of a minor during the past 60 years. A link to that list can be found at the bottom of this letter. Just as we were saddened for the victims and repulsed as a community by the findings of the Jesuit Provincial office in December of last year, we are once again filled with pain as we contemplate such behavior and the victims who suffered and may still suffer.

It is with great dismay to see the appearance on the list of Father Patrick H. Koch, S.J. A 1944 graduate of Jesuit, Fr. Koch later served as principal (1972-79), president (1979-80), and director of alumni (1980-86). He remained a part of the Jesuit community until his death in 2006. Please know that our administration will seek spiritual guidance as we further consider the School's response to this news.

The Diocesan report also includes the name of Fr. Ben Smylie, S.J., who was assigned to Jesuit in the 1980s.

In addition, the Maryland Province has released a list which states that an allegation was made against Fr. Robert B. Cullen, S.J., who was assigned to Jesuit Dallas for one year in 1960, while a list released by the Midwest Province includes Fr. Thomas R. Haller, S.J., who worked at Jesuit Dallas in the 1980s. With respect to Fr. Cullen, the Maryland Province reports that the alleged conduct was estimated to have occurred in the Maryland Province in the 1960s-1980s.  With respect to Fr. Haller, the Midwest Province states that the allegations relate to actions that occurred in the 1950s and/or 1960s in Wisconsin and Nebraska. Both men are deceased.

As I have stated previously, the health and well-being of all victims of sexual misconduct is our highest priority. We have significant protections in place to safeguard our students and to provide a means to investigate any reports of misconduct. Our staff, faculty and students are thoroughly versed in these processes that support a safe environment for every individual who steps on our campus.

Please know that I remain steadfast in my commitment to work with the proper authorities to protect our former and current students from any wrongdoing, and will make myself available to discuss any questions or concerns.

If anyone in our community has ever experienced abuse by any priest or layperson, I urge you to contact the police. Additionally, please don't hesitate to contact me directly (972-387-8700 x324; mearsing@jesuitcp.org) or by reporting to the Province (314-361-7765; UCSOutreach@jesuits.org). If you have any questions about the most recent allegations, please contact the Diocese of Dallas.

I write this to you with an overwhelming sense of personal anguish and revulsion.

As expected, the Jesuits’ Central and Southern Province today released a preliminary list of Jesuits and former Jesuits against whom there were credible allegations of abuse of a minor since 1955. I am saddened to report that the list contains 11 names with some connection to our School, mostly in the 1960s, 1970s, or 1980s.

The list includes four past members of the Jesuit Dallas community who were the subject of credible accusations of inappropriate conduct with a minor during their tenure here. They are:

There are seven others who were accused of misconduct with a minor elsewhere, but who had been assigned for a certain period of time by the New Orleans Province Office to Jesuit Dallas:

First, please join me in prayers for the health and well-being of all victims of sexual misconduct and abuse, be they students here or elsewhere.  Having said that, I am painfully aware that prayers are not enough and that is why we fully support the Province’s commitment to transparency and reform.  Enhanced screening and background checks have been in place for several years and the Province is now accredited by Presidium Inc., an independent firm that advises organizations working to prevent sexual abuse.

Again, these allegations involve heinous acts committed many years ago.  I personally know of no credible reports of sexual misconduct with a minor occurring here in more than 20 years. I invite you to review our specific Safe Environment zero tolerance policy at www.jesuitdallas.org/about/safe-environment.

We pledge to continue providing a safe environment for every student.  That includes consistent and constant vigilance, prompt investigation and reporting.  Therefore, if anyone in our community has experienced abuse by any priest or layperson, please do not hesitate to contact me directly (972-387-8700 x324; mearsing@jesuitcp.org) or by reaching out to the Province (314-361-7765; UCSOutreach@jesuits.org).

Finally, please know that I am committed to doing everything possible to cooperate with this ongoing investigation. The independent agency retained to review all Provincial personnel files is expected to complete its full report for release in the Spring of 2019. Feel free to contact me should you have any questions.

I am writing to update you on Church efforts to identify past religious leaders who have betrayed our trust by engaging in criminal and morally repugnant sexual conduct with minors. We pledge at Jesuit Dallas to continue to do all that we can to provide an environment that ensures the safety and well-being of each student entrusted to our care.

The Jesuit’s U.S. Central and Southern Province has retained a private investigative firm to audit all personnel files for members of the Society of Jesus going back to 1960. The audit will result in a list of Jesuits and former Jesuits in the U.S. Central and Southern Province against whom there are or have been credible allegations of abuse of a minor.

If you or anyone in our community has experienced abuse at the hands of a Jesuit priest or religious, or if you know of any other such inappropriate conduct, please do not hesitate to contact me (mearsing@jesuitcp.org/ 972-387-8700 x324) or the Province (USCOutreach@jesuits.org/ 314-361-7765).

Our prayers are with those who have been affected by abuse. 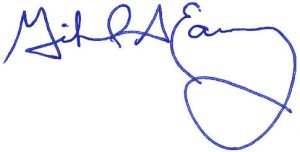