Jesuit language instructors strive to give students a practical knowledge of their chosen language via teaching methods supported by Ignatian pedagogical practices and the latest second language acquistion research. The primary goal for the Jesuit language student is proficiency, that is, a speaker's ability to impart information, solve situational problems and express and defend opinions in a variety of time frames. This goal implies skill in areas of listening and speaking, reading and writing, in addition to knowledge of the culture. Proficiency in Latin is defined as the comprehension of structure in written language as well as approaching the ancient Roman culture and roots of Western civilization. The modern language teachers develop all four skill areas while recognizing that language is acquired through a gradual process of exposure to the language and practice.

Four languages are offered at Jesuit: Spanish, French, Mandarian Chinese and Latin. Jesuit requires three years of consecutive study of the same language for graduation. For an incoming Jesuit freshman, this sequence will begin his first year. A student interested in taking a fourth year of the same language, or taking a different language his senior year, has the option to do so provided he has enough room in his schedule for a fourth year of language study. 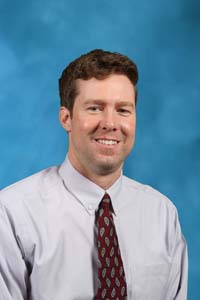 The booklist for all classes can be found in the Resources section of RangerNet.