Remembering the Past.
Capturing the Present.
Supporting the Future.

As a former Lettermen, all of you share in the success of Jesuit Athletics. Is it our purpose, as members of the Lettermen's Club, to promote the welfare of all jesuit athletic programs. The Lettermen's Club places special emphasis on the recognition of former outstanding athletes at Blue & Gold, the Annual Sports Hall of Fame Banquet, and rewards current athletes with block 'J' letters.

We would like to thank all members for their support and contributions. All members are welcome and encouraged to participate in the Lettermen's Club by volunteering to serve on the board, by nominating an outstanding athlete for the Hall of Fame, and by attending the Jesuit Sports Hall of Fame celebration in May. The Hall of Fame nomination form can be found here, along with a complete list of Hall of Fame inductees, and special awards.

We look forward to serving Jesuit athletics and Alumni. Thank you for your continued support. 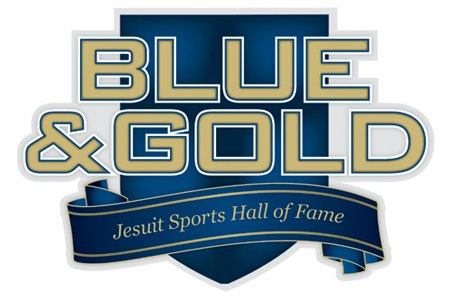 REMEMBERING THE PAST. CELEBRATING THE PRESENT. SUPPORTING THE FUTURE.

As men who benefitted from participation in Jesuit athletics, members of the Jesuit Alumni Lettermen's Club work to support Jesuit athletes today and for generations to come. Through the Sports Hall of Fame, we honor the athletic achievements and accomplishments of Jesuit alumni. The Blue & Gold banquet provides an opportunity to celebrate both Sports Hall of Fame inductees and current student athletes. Through ongoing sponsorship and service, the Club supports the future of Jesuit athletics.

The Lettermen’s Club focus is on tradition, camaraderie and support of the athletic programs of Jesuit.

The by-laws of the Letterman’s Club were, in part, patterned after the Monogram Club of Notre Dame and the Mustang Club of SMU.

The Lettermen’s Club took the responsibility of managing and promoting the Sports Hall of Fame. Committees were established for the induction process and the annual banquet. The yearly banquet has become a tradition and a first class event.

In addition, scholarship funds have been raised and contributed to scholarships named after coaches and athletes. These funds support students at Jesuit with demonstrated financial need.

Proceeds from the Blue & Gold banquet are also presented annually to the Athletic Department at Jesuit.

The Lettermen’s Club Executive board meets three times per year and on an as-needed basis for support of sponsored events. The annual celebration of the Jesuit Sports Hall of Fame is held in May.

Upon receiving the block letter ‘J’ for lettering in a sport sanctioned by Jesuit College Preparatory School, you officially gain membership into the Jesuit Alumni Lettermen’s Club.

While there is no formal registration process for becoming a member of the Lettermen’s Club, all of our Alumni are encouraged to register with the Alumni office if you have not done so already.

All members are encouraged to volunteer and participate in the number of events sponsored by the Lettermen’s Club. For more information on how to become involved, contact the President of the Lettermen’s Club, Ted Tobolka, or the Director of Alumni Relations, Sean McMullen '96.