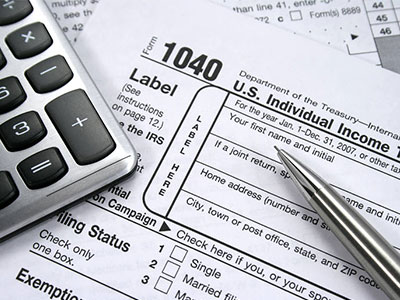 Last week, our tax team provided a quick rundown of some of the key changes affecting individual and business taxpayers following the passage of the Tax Cuts and Jobs Act (TCJA). We posted an article for our readers and hosted a webinar for our viewers and listeners. Now, we provide a deeper dive into the TCJA's specific impact on individuals, estate plans and businesses.

The TCJA is the most sweeping federal tax legislation in more than three decades, and it includes significant changes for individual taxpayers, most of which take effect for 2018 and expire after 2025. Here are some of the most notable changes.

Under the TCJA, annual inflation adjustments will be calculated using the chained consumer price index (also known as C-CPI-U). This will increase tax bracket thresholds, the standard deduction, certain exemptions and other figures at a slower rate than is the case with the consumer price index currently used, potentially pushing taxpayers into higher tax brackets and making various breaks worth less over time. The law adopts the C-CPI-U on a permanent basis.

For 2017, taxpayers can claim a personal exemption of $4,050 each for themselves, their spouses and any dependents. If they choose not to itemize deductions, they can also take a standard deduction based on their filing status: $6,350 for singles and separate filers, $9,350 for head of household filers, and $12,700 for married couples filing jointly.

For some taxpayers, the increased standard deduction could compensate for the elimination of the exemptions, and perhaps even provide some additional tax savings. But for those with many dependents or who itemize deductions, these changes might result in a higher tax bill — depending in part on the extent to which they can benefit from the family tax credits.

The child credit was the subject of much debate during the reconciliation process, with some senators pushing to expand it more than the original House of Representatives and Senate bills did. In the end, the negotiators opted to double the credit to $2,000 per child under age 17 beginning in 2018. The maximum amount refundable (because a taxpayer's credits exceed his or her tax liability) is limited to $1,400 per child.

The TCJA also makes the child credit available to more families than in the past. Under the new law, the credit doesn't begin to phase out until adjusted gross income exceeds $400,000 for married couples or $200,000 for all other filers, compared with the 2017 phaseouts of $110,000 and $75,000. The phaseout thresholds won't be indexed for inflation, though, meaning the credit will lose value over time.

The TCJA also includes, beginning in 2018, a $500 nonrefundable credit for qualifying dependents other than qualifying children (for example, a taxpayer's 17-year-old child, parent, sibling, niece or nephew, or aunt or uncle).

These provisions all expire after 2025.

The deduction for state income and sales taxes was another bone of contention, with congressional representatives from high-tax states protesting its proposed elimination. The deduction ultimately survived but has been scaled back substantially — and, of course, is available only to those who choose to itemize. With the increased standard deduction, it's expected that fewer taxpayers will do so.

For 2018-2025, taxpayers can claim a deduction of no more than $10,000 for the aggregate of state and local property taxes and either income or sales taxes. Note, though, that the TCJA explicitly forbids taxpayers from claiming an itemized deduction in 2017 for prepayment of state or local income tax for a future year to avoid the dollar limitation applicable for future tax years. It doesn't, however, include such a prohibition against prepayment of property taxes for a future year.

The TCJA tightens limits on the itemized deduction for home mortgage interest. For 2018-2025, it generally allows a taxpayer to deduct interest only on mortgage debt of up to $750,000. However, the limit remains at $1 million for mortgage debt incurred before December 15, 2017, which will significantly reduce the number of taxpayers affected.

The new law also suspends the deduction for interest on home equity debt: For 2018-2025, taxpayers can't claim deductions for such interest at all, regardless of when the debt was incurred or how it's used.

Here are some other tax breaks that have been affected by the TCJA:

For 2018-2025, the exclusion from gross income and wages for qualified moving expense reimbursements is also suspended, again except for active-duty members of the Armed Forces who move pursuant to a military order.

Notably, the TCJA leaves untouched many breaks that would have been reduced or eliminated under the original House or Senate bills, such as the:

Also on the plus side, the law suspends the overall limitation on itemized deductions for 2018-2025.

For the estates of persons dying, and gifts made, after December 31, 2017, and before January 1, 2026, the gift and estate tax exemption and the GST tax exemption amounts increase to an inflation-adjusted $10 million, or $20 million for married couples with proper planning (expected to be $11.2 million and $22.4 million, respectively, for 2018). Absent further congressional action, the exemptions will revert to their 2017 levels (adjusted for inflation) beginning January 1, 2026. The marginal tax rate for all three taxes remains at 40%.

According to some estimates, the increased exemption amounts will reduce the number of U.S. estates subject to estate tax from approximately 5,000 to around 2,000. But just because the possibility of estate tax liability seems remote for most families, it doesn't mean the end of estate planning as we know it.

For one thing, there are many nontax issues to consider, such as asset protection, guardianship of minor children, family business succession, and planning for loved ones with special needs. Plus, it's not clear how states will respond to the federal tax law changes. If you live in a state that imposes significant state estate taxes, many traditional tax-reduction strategies will continue to be relevant.

It's also important to keep in mind that the exemptions are scheduled to revert to their previous levels in 2026 — and there's no guarantee that a future administration won't reduce the exemption amounts even further. As discussed below, however, the exemption increases planning opportunities that can help you shield your wealth against tax changes down the road.

Record-high exemption amounts, even if temporary, create a rare opportunity to take advantage of strategies for "locking in" those exemptions and permanently avoiding future transfer taxes. These include:

The TCJA makes several other changes that may have an impact on estate planning strategies. For example:

If your business is buying new assets in 2018, you'll be able to benefit in several ways under the TCJA. You even may be able to take advantage of some of the enhancements on your 2017 tax return.

Under pre-TCJA law, for qualified new assets that your business places in service in 2017, you can claim a 50% first-year bonus depreciation deduction. Used assets don't qualify. This tax break is available for the cost of new computer systems, purchased software, vehicles, machinery, equipment, office furniture and so forth.

Bonus depreciation improves significantly under the TCJA: For qualified property placed in service between September 28, 2017, and December 31, 2022 (or by December 31, 2023, for certain property with longer production periods), the first-year bonus depreciation percentage is increased to 100%. In addition, the 100% deduction is allowed for both new and used qualifying property.

The new law also allows 100% bonus depreciation for qualified film, television and live theatrical productions placed in service on or after September 28, 2017. Productions are considered placed in service at the time of the initial release, broadcast or live commercial performance.

In later years, bonus depreciation is scheduled to be reduced as follows:

Important: For certain property with longer production periods, the preceding reductions are delayed by one year. For example, 80% bonus depreciation will apply to long-production-period property placed in service in 2024.

Under pre-TCJA law, for tax years that began in 2017, the maximum Sec. 179 depreciation deduction is $510,000. The maximum deduction is phased out dollar for dollar to the extent the cost of eligible property placed in service during the tax year exceeds the phaseout threshold of $2.03 million.

Deductions claimed for qualified real property costs count against the overall maximum for Sec. 179 deductions ($510,000 for tax years that began in 2017).

The TCJA permanently enhances the Sec. 179 deduction. Under the new law, for qualifying property placed in service in tax years beginning in 2018, the maximum Sec. 179 deduction is increased to $1 million, and the phaseout threshold amount is increased to $2.5 million. For later tax years, these amounts will be indexed for inflation. For purposes of determining eligibility for these higher limits, property is treated as acquired on the date on which a written binding contract for the acquisition is signed.

For new or used passenger vehicles that are placed in service in 2018 and used over 50% for business, the maximum annual depreciation deductions under the TCJA are as follows:

For years after 2018, these amounts will be increased for inflation.

These and other changes made by the TCJA may have a significant impact on your tax planning strategies. Contact your local Armanino tax advisor to review your tax plan in light of the new tax law to ensure that you're taking full advantage of the opportunities the TCJA creates, and minimizing any downsides that may impact you, your family or your business.

Back
Powered by Finalsite