This year's Topic: The United States federal government should enact substantial criminal justice reform in one or more of the following areas: policing, forensic science and/or sentencing. 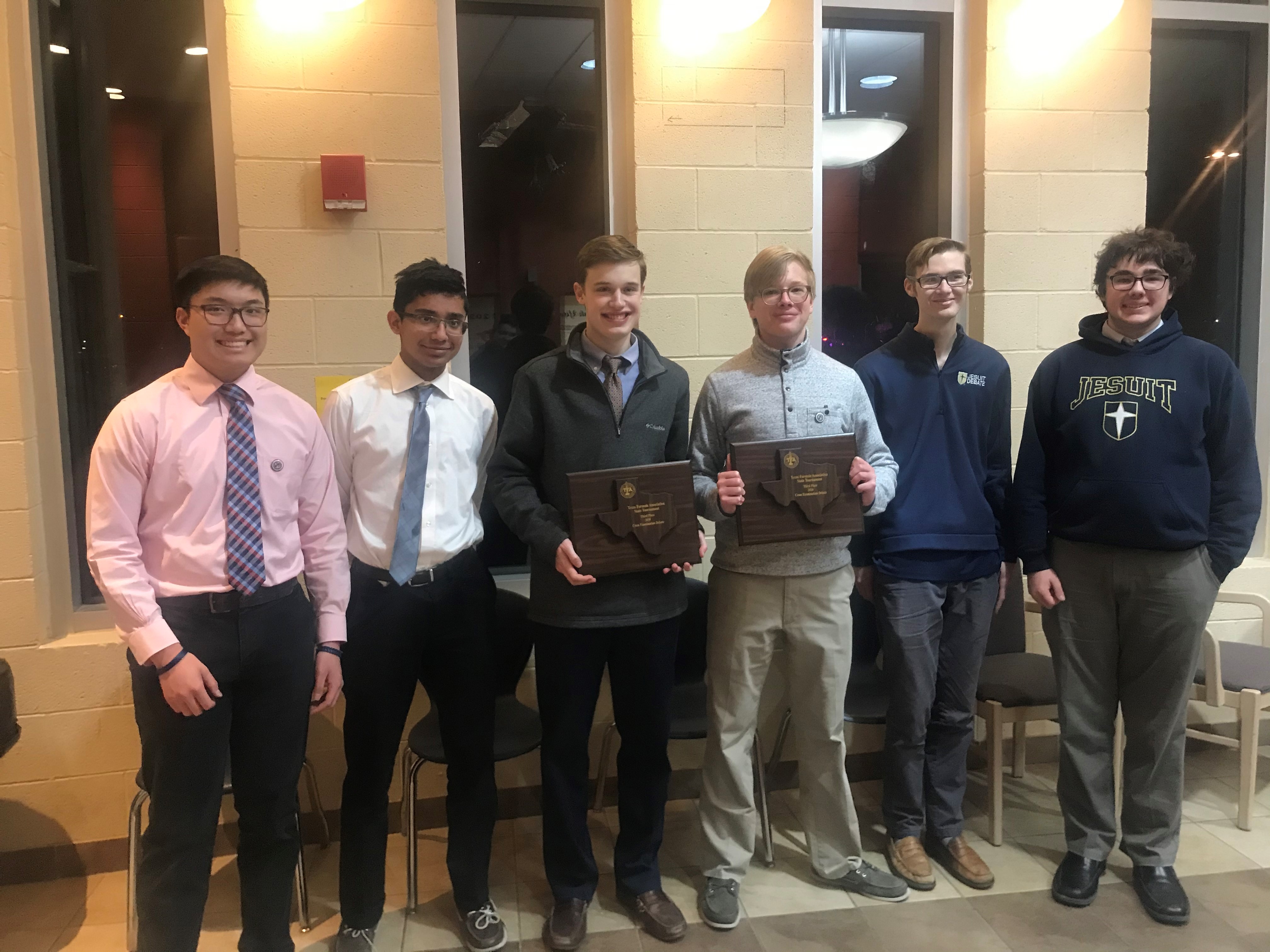 The Varsity Debate Team of seniors Adam Hall and Garrett Nagorzanski earned 3rd place honors and the team of juniors Jack Martin and Joshua Ramos earned 9th place at the Texas Forensic Association State Debate Championships held at Franklin High School in El Paso this past weekend.  The Texas State Championships are the most competitive in the country with 108 teams from public and private schools across the state qualifying for the championships. The Championships involve 6 preliminary rounds of power matched competition with the top 32 teams qualifying for the elimination rounds. Hall and Nagorzanski finished the preliminary rounds with a 5-1 record and the 6th seed with wins over teams from San Antonio Reagan, Houston Kinkaid, Boerne, Princeton, and Hebron High Schools.  Martin and Ramos finished the preliminary rounds 4-2 and the 20th seed with wins over teams from Central, Sudan, Lindale, and Round Rock High Schools.  Martin and Ramos defeated 13th seed Mt. Pleasant in the first elimination round before losing to 4th seed Liberal Arts and Sciences from Austin in the second elimination round for 9th place. Hall and Nagorzanski defeated Houston Kinkaid in the first elimination round, LC Anderson High School in the second elimination round and 3rd seed Hebron High School in the quarterfinals before losing to tournament champion Round Rock Westwood in the semifinals for 3rd place.  In addition to the team awards Hall and Nagorzanski earned the 11th and 13th individual speakers out of the almost 200 debaters and all four debaters earned All-State Honors for their top 10 finishes.